Trying my hand at Mayurasana over the past one month. Still unable to lift the feet off the ground. Still struggling to hold the bodyweight on the hands. However, this is a great asana and I am already feeling the power of having strength restored to my arms. Focused on practicing more and getting the pose right for a strong upper body. 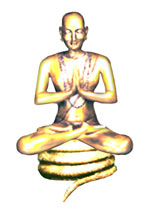